How much should I practise?

Does a lot help a lot?

One of the most frequent questions posed not only by beginners, but also by advanced singers is: “How much should I practise?” Discussions on this topic are often quite heated – as is generally true for discussions on music and singing.

Back in the days when I was completely clueless, I had a few lessons with a baritone whose singing I rather liked. He reckoned that, in order to become really good, a would-be professional would need to practise for 5 (!!!) hours a day.

Since he was a pro and seemed to me then to be a good singer, I believed him and started practising for 5 hours every day – at least I tried my very best to get somewhere close. Because at that time, I was working an 8-hour day in an esteemed major bank (not esteemed by me, mind you). 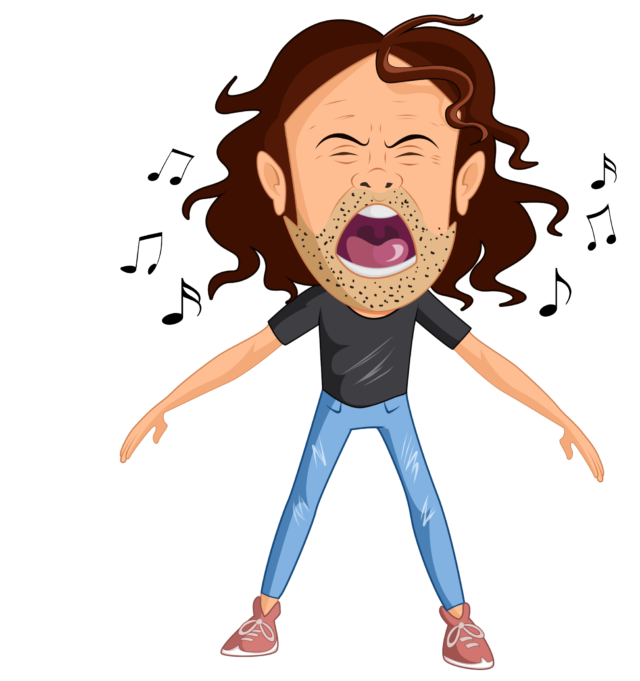 So I would peel my chronically fatigued body out of bed in the middle of the night (about 5.30 a.m.), clamber onto a totally overfilled train and go about my (from my point of view) senseless daily business with a collection of other exhausted characters.

When I got home in the evening, inevitably even more tired than before, I would go straight to my practice room and began to yell for all I was worth!

I would sing up and down the scales, practised endless repetitions of the same high phrases from various arias and record them on a cassette, or later on DAT.

About an hour and a few 100,000 vocal fold-vibrations later, I would finally stop for supper. And afterwards, although my body (and especially my voice) wanted to sleep, with steadfast (but not necessarily sensible) discipline, I would then force myself back to the practice room.

I’d practise the same high notes, the same passages from the arias, and compare myself over and over again with recordings of Nicolai Ghiaurov, who is, to this day, my favourite bass.

When I was finally hoarse and tired enough, I would go off to bed, ready to repeat the same senseless nonsense the next day.

I was not the only one (to be so stupid)!

Thousands of singers around the world do the same thing, more or less, every day. In the mistaken belief that doing a lot achieves a lot, they yell like there’s no tomorrow, failing to understand that this is not only senseless but also counter-productive. In the worst case, it can cause permanent and serious damage to the voice.

But I wasn’t that smart back then, in the early to mid 90s.

A pro at last!

Despite all that, I somehow eventually managed to get my first job. I still have no idea how. Sometimes you just need a bit of luck. Now things were really picking up: No more bank, hooray!

Just making music and singing with really great people. Hey, I was a professional. During the breaks in rehearsals and performances, I continued with my own practice. “Until blood flows”, as a colleague remarked, who obviously saw things more clearly than I did back then.

I ignored the constant subtle hoarseness and slight pressure pain. I regarded them as a kind of muscle ache that would allow my body to make my voice „bigger“. Back then, I didn’t realise that singing is more like figure skating than like body-building.

But my voice and my body knew it. Eventually the problems were so severe that I struggled badly with my singing for about 2-4 years, and sometimes had the feeling that I actually couldn’t sing any more.

I had practically lost the feeling for what I had always been able to do – „soft and gentle” singing, like in Elvis’ ballads.

I was trapped in a mixture of self-denial and ignorance as regards the essence of singing.

Do you believe me?

If someone had told me back then what I’m trying to tell you now, I probably would have said they were crazy. Or at least, I wouldn’t have believed them.

As a beginner, you’ll still be making so many mistakes that if you practise singing high or loud, your voice will show signs of fatigue after only a short time.

These signs are dangerous and prevent your voice from developing on a fine motor level.

So before you can usefully continue to practise, you need to give your voice enough rest for it to regenerate.

If you are permanently hoarse or have a sore throat, but carry on singing, you’ll never learn to sing!

„Thinking singing“ instead of practising singing …

But what you can always do is: Occupy yourself with singing!

But you can only train and successfully develop your vocal coordination if you are healthy and the voice is rested. As soon as it gets tired, stop!

That’s not easy when you’re ambitious, I know!

You can always use your „microphone voice“!

You can practise a lot longer if you sing quietly in your normal speaking range. Whereas singing high and loud often begins to take its toll after only a few minutes.

In the 80s, I used to perform for hours as a solo entertainer, singing almost every song there is. To be more precise, 5-8 hours a day, and hardly ever taking a break. With a microphone, that’s possible, so long as you’re only singing as loud (or rather, softly) as you would normally speak.  At a ”shouting volume”, it would be unthinkable.

My proof after more than 30 years

Now, in 2019, as I write this article and work as a professional voice actor, I have the evidence to prove (to myself) that even professional singing is purely a question of balance and not muscle training:

Because I’ve hardly sung at all for the last 5 years. But I can sing high and loud like never before in my life, any time I try. If it were all a question of muscles, they would have long since lost all their power, like an arm in plaster.

But you never forget how to ride a bike, and it’s exactly the same with singing. Amongst other things!

When you learn to sing, even singing „high and loud“ is not a muscle building exercise, but purely a question of balance and coordination. If you practise every day like there’s no tomorrow, you won’t learn to sing, or at least not properly. In singing, more than in almost any other discipline: Less is more! So just relax!